The relationship between Age and
Second Language Acquisition
As I discussed in my previous article, (see my previous post,
How to pronounce English [L] and [R] better? ) “the earlier, the better!” in terms of learning a foreign language. Therefore, I would like to talk about why early childhood English education is so effective. 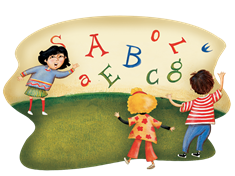 <The earlier, the better pronunciation!>
Age has often been considered a major, if not the primary, factor determining success in learning a second or foreign language. Children are generally considered capable of acquiring a new language rapidly and with little effort, whereas adults are believed to be doomed to failure.

Actually, while I have been observing my children, I have found big difference in their second language acquisition. In case of the second kid who came to America at the age of 6, she has a native-like accent only one year after she was exposed to English only speaking environment. However, my first kid still has Korean accent in speaking English since he came to America around his puberty age.

The speed of improvement in second language acquisition was miracle for my younger child. So, I became curious: What is the role of age in learning a second language? While I was reviewing many literatures, I got a general idea about the relationship between age and second language acquisition. Even though pronunciation of a language is not by any means the sole criterion for acquisition, nor is really the most important one, I cannot overlook the advantage of younger group in learning phonology because it is hard to change an accent that is already stuck after a certain age. So, I strongly feel that it would be much easier to pick up a native-like accent at early stage of development, but the other factors in learning English are not affected by age.

Most discussions about age and acquisition center on the question of whether there is a critical period for language acquisition. A biologically determined period of life when language can be acquired more easily and beyond which time language is increasingly difficult to acquire is not defined clearly. The classic argument is that a critical point for second language acquisition occurs around puberty, beyond which people seem to be relatively incapable of acquiring a second language. This has led some to assume, incorrectly, that by the age of twelve or thirteen you are “over the hill” when it come to the possibility of successful second language learning. Such an assumption must be viewed in the light of what it really means to be “successful” in learning a second language, and particularly the role of accent as a component of success.
There is one very important factor worth noting when we talk about the age difference. Practically it is very difficult to find an adult second language learner who has no previous exposure to the target language and is placed in the natural language environments. Adults, somehow, have previous experiences when they are ready to be placed in natural communicative settings for the target language. So, almost all the popular belief are based on the observation of the difference of achievement between adults who have received formal or informal instruction on second language and the children who are simply placed in the natural language environment without previous, perhaps distorted, non-communicative second language input. 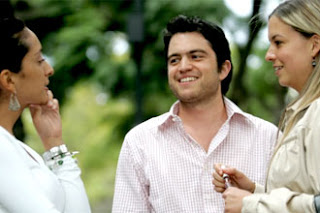 Reviewing some research on age and accent acquisition, I think that there is a powerful evidence of critical period for accent. People who have less than perfect pronunciation but who also have magnificent and fluent control of a second language, control that can even exceed that of many native speakers.  Brown (2000) claimed “Henry Kissinger effect” in honor of the former U.S. Secretary of State whose German accent is so noticeable yet who is clearly more eloquent than the large majority of native speakers of American English. The acquisition of the communicative and functional purposes of language is, in most circumstance, far more important that a perfect native accent. Therefore, the more important thing in terms of learning a foreign language is the natural communicative environment for the target language than early language education if the pronunciation issue is not raised.
References
Brown, H. D. (2000). Principles of Language Learning And Teaching.
Posted by susan daffodil at 12:38 AM