Do you live on or off campus?

International students should acknowledge campus living is a privilege for their growth and achievement in a new world…
The matter of living on campus and living off campus is based on personal priority. However, it is found that people with an experience living in the residence halls more likely to remember their college life as a happy moment than people with an experience living outside campus. Although some students oppose living on campus, there are significant advantages of campus life in terms of financial matters, safety, and academic achievement. 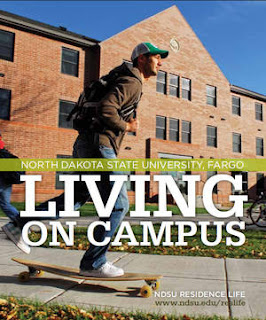 I think if you are in undergraduate program, I can highly recommend that you live on campus while you are adjusting yourself into a new environment. It is found the correlations between on-campus residence and school engagement significant in first year students. That is why many universities require international students to live on campus for their first school year in order to help them make successful transition to the American culture and learning environment.
I heard from one of international students that she stayed up all night for the final paper and the next morning, she forgot the USB drive after saving her paper on it. She was terrified, so she had to go back home to bring it. Finally, she was able to turn in the paper although she missed the whole class. It was her responsibility; however, it would not have happened if she had lived on campus. This is just one example of how living off campus results in some negative consequences.
Opponents of campus living also maintain that international students living on campus are less likely to savor American culture and deal with the matters of daily life on their own. However, such an argument completely ignores the fact that when they live off campus, they tend to choose roommates from the same cultural and linguistic background for their convenience sake. Students living outside school may lose the chance to integrate into a new culture; however, residence students may successfully assimilate to a new environment thanks to the campus atmosphere with diverse ethnic background and various cultural elements. Therefore, the residents are more likely to gain multi-cultural communication competence through campus living experience. Later, they would positively get involved in the main stream culture and deal with cultural differences with confidence. 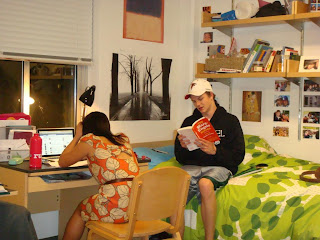 The ultimate goal of international students is earning a degree and academic success. Regardless of their ethnic background, they face similar adjustment challenges while studying in the United States, such as language barrier, cultural misunderstanding, and acclimation to a new environment. However, English ability can make their daily life more smoothly as well as their study more successful. Therefore, campus living international students are more likely to gain English language proficiency and better chances to excel in accomplishing their academic goal because they are fully exposed to English speaking only environment.
As I discussed above, the benefits of living on campus for international students are most noticeable. Since international students are not familiar with a new environment and not fully confident in speaking English, you can take advantage of the period of living on campus to prepare for the real world. In the English only speaking surroundings, they can focus on studying for their academic success and easily assimilate themselves to all the school activities without any concern about transportation, weather, distance and other trifle matters. With respect to students’ engagement, residential expansion plays a key role. 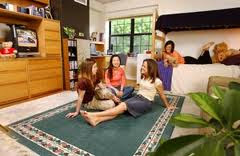 Therefore, in my opinion, living on campus for the first school year should be a mandatory regulation. Furthermore, international students should acknowledge campus living is a privilege for their growth and achievement in a new world.
Posted by susan daffodil at 8:17 PM